Some cool stuff happened this week. Well at least I think it was cool.

Monday:
One of my math fellows was observed by other math teachers from our district. He was starting a new unit with rational and irrational numbers, focusing on 8.NS.1 and 2. I might be wrong, but pretty dry stuff… here’s how we spiced it up a little.

We did a pre-assessment using the Post-It Plus app. Yes, my obsession with Post-It notes has gone to a new level: digital. We created a file within the app, posted it on his Haiku calendar, and had the students download the file into their app on their iPad.

Students first worked individually to sort the terms from least to greatest for a few minutes. Since his students are grouped in fours, they then narrowed it down to one iPad screen they thought was most accurate. (Quick demo)

*Reflection: we should have had students paired up first, discuss, and narrow it down to two screens for the entire group. Next, the whole group of four students would discuss and narrow the two iPad screens down to one screen for the group.

Once each group settled on a screen they felt most confident with, they took a screenshot and uploaded their group’s screenshot to the Padlet page my fellow created for them.

My fellow used this Padlet page to assess the overall climate of the class (without teaching them a single thing). He used this real-time data to have some really rich conversations and share-out of ideas from students.

Remember to tell students:
Flash forward to Friday:
The previous weekend I asked the same fellow what he thought about playing War with rational and irrational terms. Side note: I play a few card games with my young son and one of them is War. My fellow thought the idea was epic. He ran with it. Here how he made it awesome:
I asked if I had his permission to share the cards and he said, “Sure.” 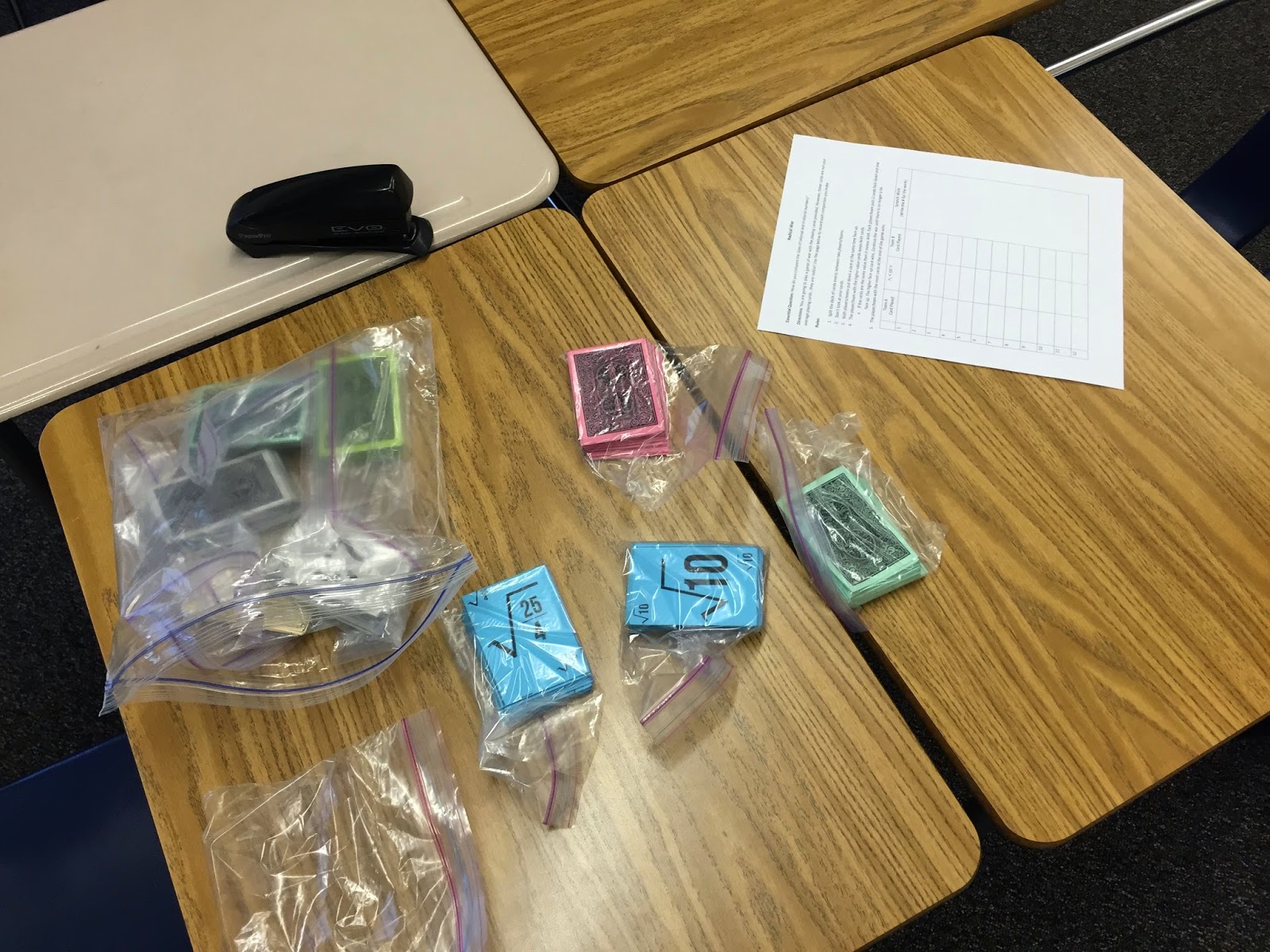 Tuesday:
Another fellow asked me to model Stacking Cups in their first period class, which ran less than 45 minutes. My fellow requested I complete the task with students in one period. I explained that I’ve never “finished” the task in one period because there is so much to explore and learn in the task. I respected the request and  tried to cram it into one period. I spent too much time launching the task.

Act 2 (the best part) felt rushed and we still didn't finish. My fellow and I debriefed and made some adjustments so she could finish it with her next period. She stuck to the adjustments and did a fantastic job facilitating the task. The students were doing awesome and amazing math during Act 2… and what do you know? The class was over. I love that my fellow was going to revisit the task the next day. Could we have spent another day on the task? Yes. It’s a starting point and I’m very proud of my fellow for trying out something new and doing a great job. I’d say the sweet spot would be one-and-a-half days for this task...
*Side note: I encourage you do styrofoam cups earlier in the year, and use Stacking Cups throughout the entire linear systems unit.

Thursday:
Another teacher wanted me to model Stacking Cups as well. When we sat down to plan, she was totally cool with spending one-and-a-half days on the task. Great news!
I launched the task, used a Padlet page to capture what they noticed. I asked the question, "Where will they tie?" and used a Google form to collect their guesses (see my post on using Google forms to collect student thinking).

We gave each group only 4 white styrofoam cups. Students were making tables, or writing equations, or some were even wanting to graph their equations. Interesting note: some students started their table with zero cups having a height of 9.2 centimeters. The teacher had only taught graphing systems, so students were already thinking ahead to substitution. It was awesome. She did a wonderful job facilitating her first 3-Act task. We didn’t finish the task in one period, but it felt right knowing we had another half-day to wrap up the task.

Back to Friday:
After work, I started putting the meat in my upcoming session, Math Mistakes and Error Analysis: Diamonds in the Rough. Although I will be showcasing a couple ways I’ve had success with error analysis with students, I love that I’ll be showcasing some awesome work and contributions from:
Hope to see you in my upcoming session as we explore why error analysis is important to: 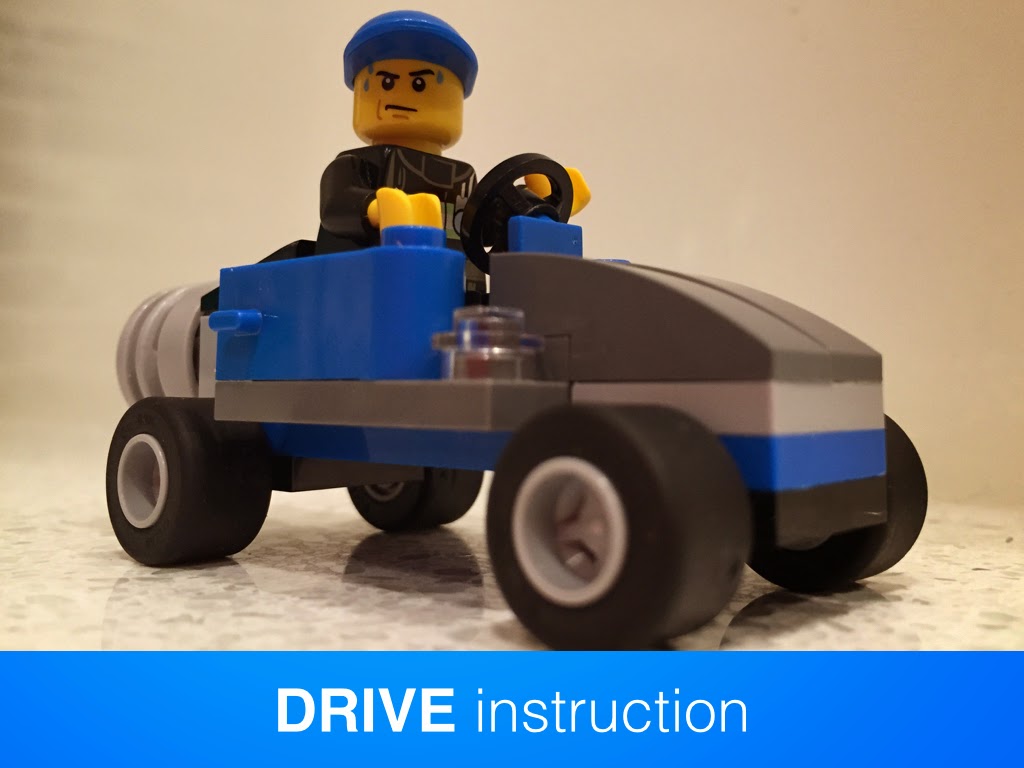 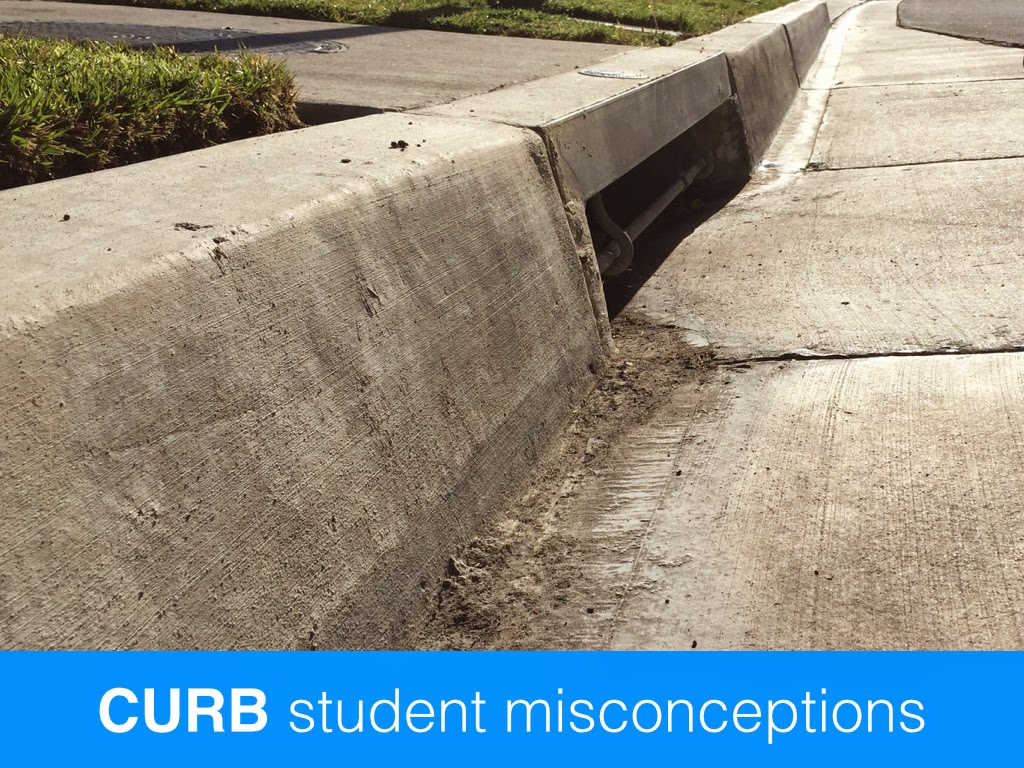 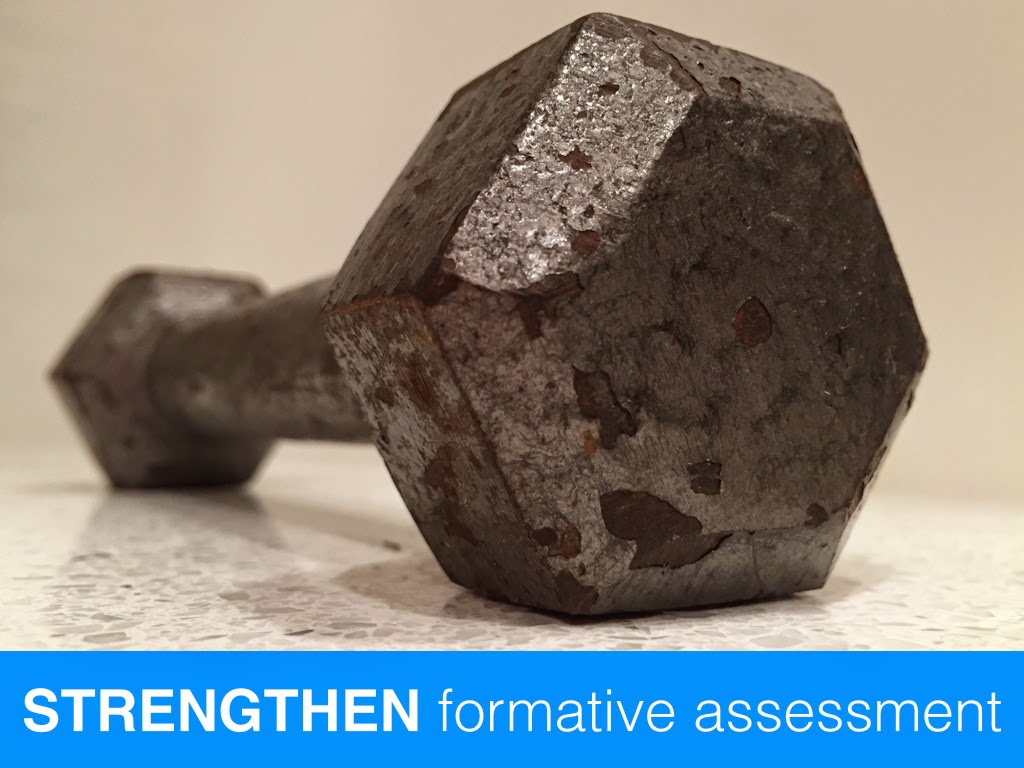 Hope your week went well too. If not, hope this week is better.