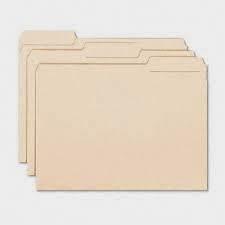 The first full week of school is done. I can breathe... a little.

I'd like to share a lesson we (my awesome 7th grade teammate and I) came up with this week when reviewing multiplication and division of fractions with 7th grade students. It actually went quite well and was fun. Simply titled, "Your BF!"

If we said "fractions" to students, a majority of them would instantly shut down. Instead, I titled their notes at the top with "Your BF!" and it looked like this:

Of course, some kids, only reading the title, responded with:
"Your best friend? What!?"

Then, some kids continued to read and saw it. That word. That terrible, miserable word. That word that has a paralyzing affect on students. Almost like you just told them their dog was run over by a car, or that Christmas was cancelled, or [insert some terrible event you dread]. That word is FRACTION.
I quickly responded to their whining, groans and moans by saying, "Let's make this a little friendly competition. Let's see who can draw the best half. Use the rectangle I gave you to draw your best half."

All of a sudden, it's a game. There's a challenge.  No rulers or measuring devices allowed. They must freehand the fraction. As they're working on their BF (Best Fraction), I announce, "I'm looking for two volunteers who think they've drawn the best half."

Immediately hands shoot up. Kids start to yell at me, "Pick me Mr. Stadel!"

Everyone feels so confident about drawing a half. I yell over them, "I'll put it up on the document camera and you all can be the judges today."

I pick two students and they walk their papers up to the camera. The class is critiquing each classmate's halves. Some students, from their desks, quickly blurting their half is better. I then display mine (having used a ruler) just so they could see an ideal half. This is where I wish I took pictures of student work. We put it to a vote. I noticed some kids just voted because their friend is up there or they might not like one kid, or whatever. Therefore, in hindsight, I should have specified that they vote for the fraction who's line looks closest to the middle and splits the rectangle into two equal parts. Even more hindsight, I should have asked students what they think would constitute a half. Next time!

Repeat the competition with a best third and a best fourth:

At first, this visual seemed a little confusing to some students, but we walked through it together. When circulating the room to check for understanding, I could see better understanding on the second example in which they completed on their own. 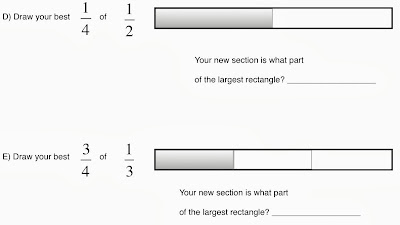 After all of this, here are a few favorite moments:


Here's the handout, which also includes an example for dividing fractions. 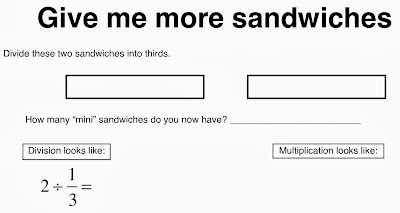 This lesson idea spawned from my Best Halves idea.